Beautiful they are, like from a Sci Fi movie. Customers want it that way and we have to build it that way, says the German Federal Minister for the Environment, Nature Conservation and Nuclear Safety. 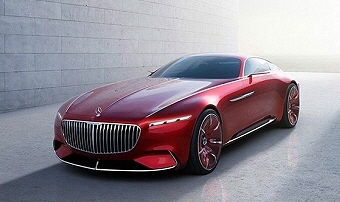 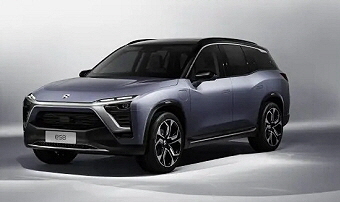 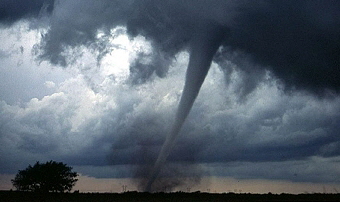 But is that really true? Do we really want that? Or do we think we want this, cause the advertising say it to us? Do we know the whole truth about these types of vehicles? I do not think so and I can not enlighten you completely on these short pages. It would therefore be wise to inform yourself sufficiently. I'll give you some food for thought here. It is not difficult to see that these vehicles are just as big and heavy as the previous ones, so they will consume just as much as the old gasoline-powered ones. However, their environmental footprint is so bad at manufacturing that comes from the battery that  produced, that a comparable gasoline car at the point finished the electro car has already driven than 100.000 km. With such a vehicle, you do not produce less, you produce more CO² !

What you really want 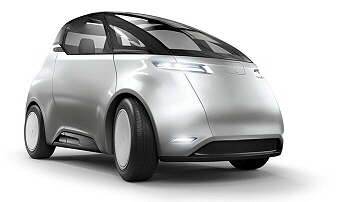 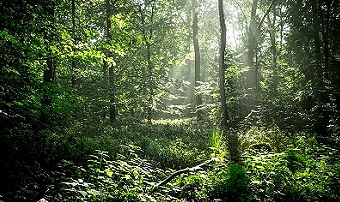 Uniti One (Link to the webside in the picture above)

In advertising you got shown, that you are a great guy with such a car, successful, wow cool, and you will definitely get an great female with it. For the woman it may be an SUV, in it she can feel safe and sublime. Embassies that turn off your rational thinking, the reason why advertising is actually personal injury and must be banned. because they selling you something, that past your brain and what you do not really want. What you really want is to be accepted and you want to live, you want to save CO², you want to protect yourself, your house and your family. You want to prevent bad catastrophes like the emerging tornadoes in the interior that rage like nuclear bombs.That's what you really want, because you're not an idiot, but you definitely can not achieve this with such vehicles.

So, what you really want, I suggest to you right now, is a little car. You really save CO², you're a great and responsible person, you protect your family and you are admired by everyone. The link to the page is in the middle of the picture. But before you go shopping now, unfortunately we still have to talk about the battery. The material for this is being brought in different poor countries from the ground. In the so-called "lithium triangle" between Bolivia, Argentina and Chile. Lithium is an alkali metal that is won in an evaporation process. For this purpose, the mineral-containing groundwater is pumped into huge basins. Under the hot desert sun, it then evaporates, causing different salts gradually settle in the pelvis. This salt solution is then transformed into lithium carbonate in a chemical process.

The poorest pay your battery with their lives. Do you like this?

This consumes vast amounts of water that does not exist in these regions, the water table is therefore falling. The poor people in this area are damaged. They have no water, they can not plant anything, they starve and die of thirst. Untreated sewage contaminates the whole area. The poor get nothing from the high profits they make with the metal. The manufacturing companies are robbing these people as usual.

Electric cars from child labor: Cobalt mining in Congo
Cobalt can be found in countries like China, Canada and Australia. However, 48 percent of the world's reserves are in the Democratic Republic of the Congo. 60 percent of the world's demand for cobalt comes from mines in the Central African country. They produce a lot of 84,400 tons of the metal. Of these, 18,000 tonnes, or around 20 percent, come from illegal small mines. Because only children are small enough to crawl holes in the mines, they are forced to mining. The same as always in the official mines. The environment is polluted, the poor are suffering and of course they have no share in the powerful profits of the corporations. What begins now is the mining of metals on the seabed. This is dangerous and will surely disturb the ecology on the seabed. I do deliberately NOT use the words: "could" or "possibly". For two reasons: I am not afraid of the power of the industry, I know that I will be sued in case of doubt. But I also have enough life experience in an industrialized country to know exactly that the endangerment of nature, in favor of the acquisition of property, is accepted with approval.

For the sea creatures is it as like for you if anyone is driving with a caterpillar through your living room. 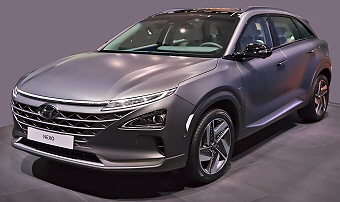 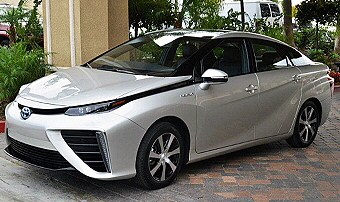 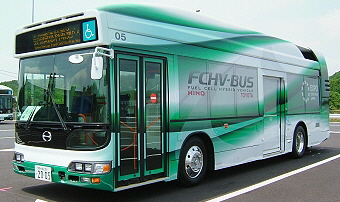 Should now be the ultimate solution. But is that really true? Ranges of up to 600 km are easily possible even with heavy trucks, the tank is full again in a few minutes and only water vapor is produced when hydrogen is converted into electrical energy.

But let's first ask the host what he makes for a bill: The efficiency in the production of hydrogen from electrical energy by means of electrolysis initially sounds relatively good at 75% -80% (1st law of thermodynamics - conservation law of energy), but the decisive factor is the second law which not only considered the amount of energy, but also considered the different valency of the energy. When considering the second law, high-quality electricity is converted into the simple fuel hydrogen and thus irreversibly devalued. According to this second law, the production of hydrogen from electrical energy is 3-4 times more energy-intensive than conventional production from the equally simple fuel natural gas. What does this mean specifically?

The production of hydrogen from natural gas is a standard process and has been used successfully for many years. These processes are called reforming, but this process produces not only hydrogen but also carbon monoxide CO, carbon dioxide Co² and nitrogen N² in not insignificant quantities. The efficiency (natural gas to hydrogen) is around 60 to 70%.

The Federal Government of the Federal Republic of Germany now wants to use 9 billion euros to produce hydrogen, 2 billion of them in Morocco, where the first industrial plant for "green hydrogen" would be built in Africa. The aim of the project is to show how green hydrogen can be produced industrially and competitively, 5 GW by 2030 and 10 GW by 2040, according to Federal Minister for Economic Affairs and Energy Peter Altmaier (CDU).

An excellent idea, 10 gigawatts sound like a decent sum, as well as the use of 9 billion euros, but this is only 1/7 of the current need and this will not be until 2040, certain goals in 2050 will not be achieved in this way.

It's like saying to the seller at the meat counter: "Please give me a steak, I'm having a party tonight, but please a small one, there are only 60 people coming."

Conclusion: It would be much better to build up an international energy network and to produce hydrogen on site, where it is needed, we should tackle that and not spend 9 billion, but rather 9 trillion euros. Otherwise we only produce more CO² with the hydrogen. 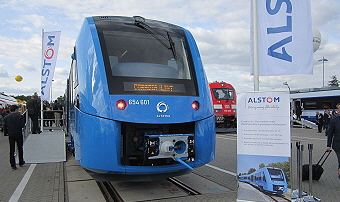 Assume a conversion of the motor vehicles, there are 58.2 million registered vehicles in Germany alone, in 2030 the global inventory of motor vehicles will be ~ 1.6 billion with a steady growth rate, and we would use fuel cell technology everywhere, the world energy requirement would, only in road traffic, increase at ~ 90%. So we should quickly start building sun power plants.

Batteries are not absolutely necessary !

In Tel Aviv, Israel is building a completely different type of supply for electric vehicles. The first test track, initially only for buses, is currently under construction. 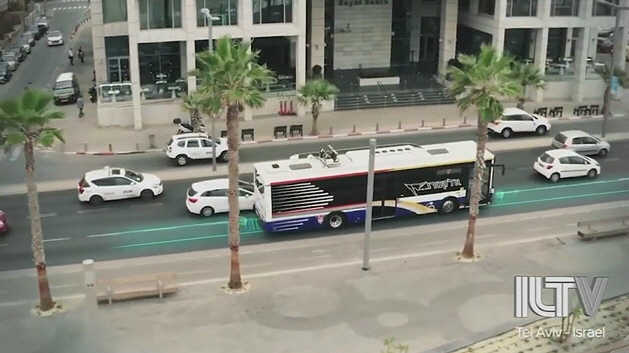 By means of induction, the vehicle is supplied with electrical energy by coils in the roadway. In this way, a large battery is no longer needed in the buses, this reduces the ecological footprint many times over, there are no long charging times, and costs are minimized. 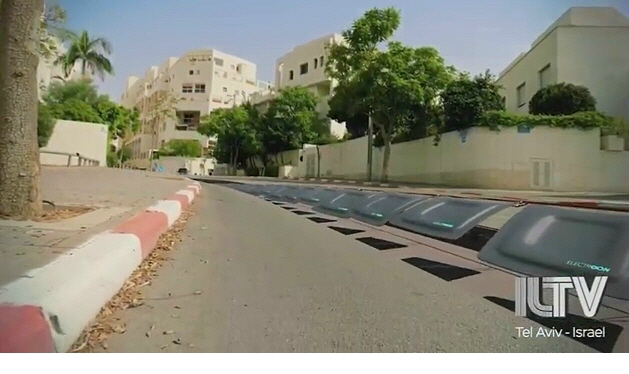 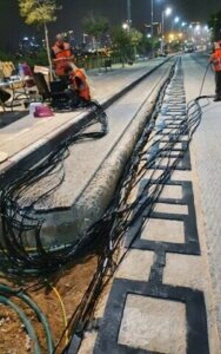 The main roads into the suburbs should be supplied first, as these routes are used the most and this is where the savings potential is greatest. 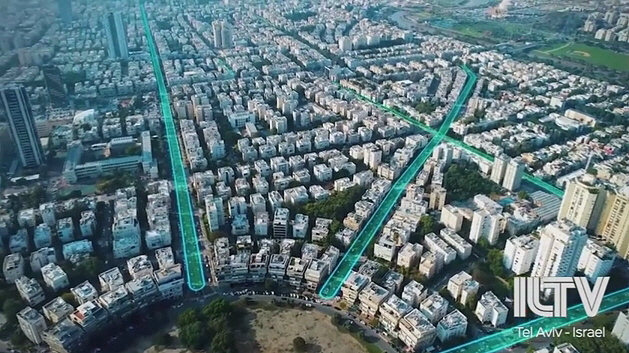 Later on, the application can and should also be usable for private transport. The related tests are already running. Because not only the energy can be transmitted in this way, but also data. The vehicles can communicate with a network and vice versa. In this way, the application can not only optimize performance, analyze errors and much more, but can also be included directly in traffic planning in order to show the driver of the respective vehicle the optimal route to his destination. 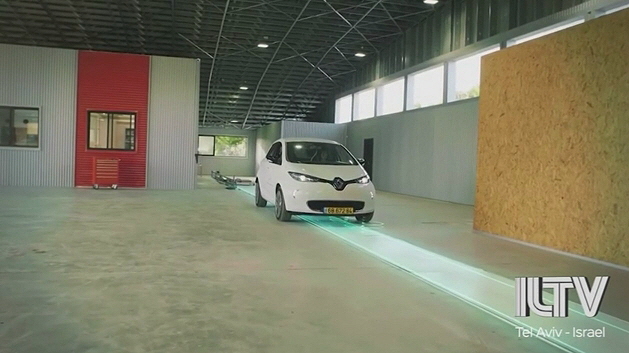 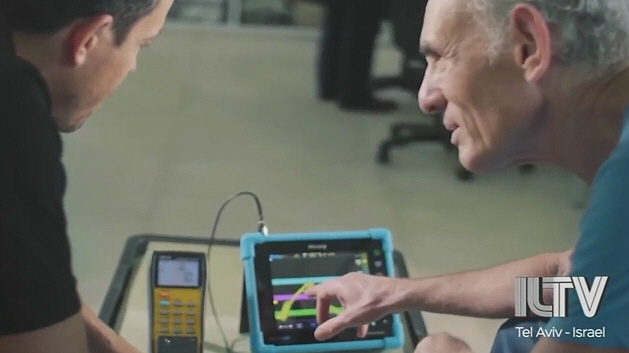