A Problem has plagued us since time immemorial: there are fewer and fewer rich people who are getting richer and richer, more and more poor people who are getting poorer and poorer, at the end nobody can buy all the nice goods, and the next global economic crisis is again there. More and more products are being developed and this senseless mass production is destroying our common living space. The economic imbalances cause poorness, hunger, refugees, strife, economic wars and heavy weapon wars over territory and resources. The surface warming reaches a momentum of its own that nobody can stop anymore and the weather remains unpredictably stormy for the next thousand years, we lose everything, possibly die out.

We no longer want the problem, we want the Solution: capital development, economic growth and profit in natural harmony. The solution would be we all go to work, the emphasis is on we all and everyone just earns something, we put something in reserve but no more billions. There is no quantitative but only qualitative growth. There is no more inflation and prices remain stable forever. Everyone is equally taken care of, there are no more disputes over territories and resources and there are no more economic wars or wars with weapons. We live adapted to our natural environment, the earth, and thus survive in the long run and in happiness. 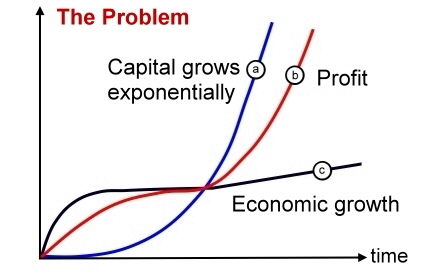 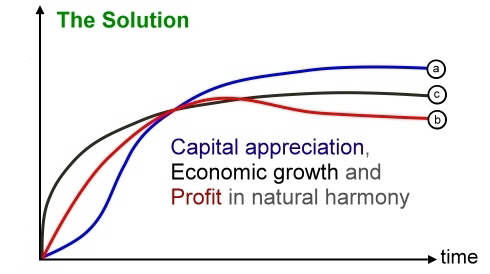 But how do we reach the solution? It's actually quite simple, namely with the exact opposite of what we're doing now. We give those who own little a lot of interest or returns and those who own a lot correspondingly less or no interest or returns at all. This is the first step. The second step is that the entirety of all measures forms a reciprocal characteristic of the expected event, namely that the capital increases exponentially. This stops the development we don't want. 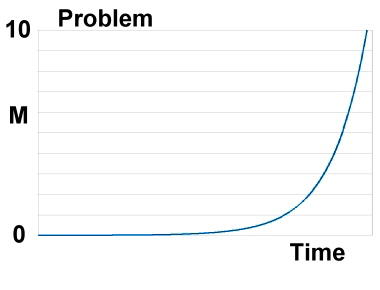 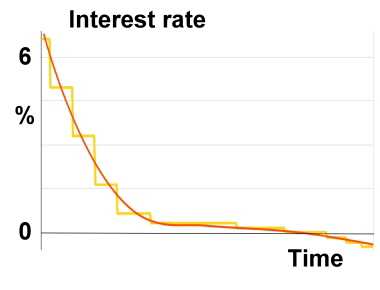 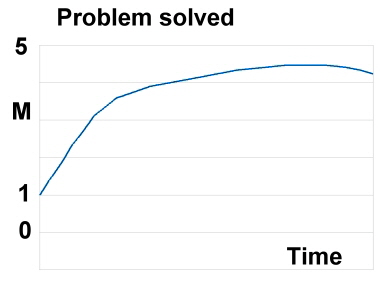 With a dynamic interest and return model, the money can come in much faster for everyone. However, it is limited to a certain amount.

In detail, the matter can be described as follows: If someone wants to buy an electric scooter and wants to save half of it, then this could be accelerated by paying a high interest rate. He/she would like to take out a loan for the other half of the purchase amount. Now the loan interest could be lowered so that the loan is as cheap as possible and at the same time does not favor the lender too much. These processes must be written down for every activity in daily life: e.g. buying a house, bicycle, company. Something like this is already being practiced in some cases, for example with photovoltaic systems. The banks could take over the administration of such processes in a trustee function. Leverage such as raising and lowering a key interest rate will not fix the problem, it will only make it worse. Above all, the problem with the distribution of the people's funds, which are distributed upwards in the conventional, non-functioning system and thus ensure that purchasing power is choked off in the end, can be solved in this way. Because who has little in the account now gets more interest and who has a lot in the account little to negative interest. The same must also apply to the stock exchanges and in relation to returns: Whoever has a lot gets little and whoever has little gets a lot. No more alms but fair rewards for corresponding services. Who gets what when can be calculated in models by artificial intelligence and decided in parliaments through appropriate discussions. That's the solution, that's real democracy!

The problem in practice:

Here we see the current distribution of world wealth: 55% own only 1.3% of the total wealth and could save at most US$10,000. However, this 55% also includes those who have nothing at all and also those who are so poor that they are homeless and can no longer eat properly. 32.8% of the population could still save 10-100 thousand US $ and thus hold 13.7% of the total wealth. Only 11.1% of the world's population was able to save an amount from 100 thousand to 1 million US $ and in this way they already hold 39.1% of the total capital. Only 1.1% of the world's population has been able to hoard over US$1 million, keeping 45.8% of total world capital out of the market.

We have 12.2% of the world's population hoarding 84.9% of the world's capital in accounts, withdrawing it from the market, and wanting to receive around 10% returns every year.

Then we see 32.8% who only hold 13.7% of the total world capital, but would also like to and could receive returns of up to 10%. On the other hand, there are the 55% of the world's population who receive the lowest interest rates, can expect fewer and fewer social benefits, whose income or wages are constantly falling, and who are struggling with ever-increasing prices for housing and utilities.

Mathematically, the wealth of the top 11.1% of the world's population will of course increase much faster than that of the majority of 88.9% of the world's population, who will have to pay for this increase in wealth proportionately. Which, so or so,  in the end will lead to the collapse of the markets, mass poverty , street violence and wars. All this, after almost 100 years since 1929, again, but now also accompanied by violent storms, floods, drought, fires and epidemics. A recent phenomenon is increased drug addiction, particularly in the US, which in turn will lead to street violence and rampages.

Please don't get caught up in various fantasies. The solution must include both abandoning the just get richer option and significantly reducing production, including durable, 98% recyclable products. We have to invest a lot of money in the disposal of existing waste quotas and in researching new recycling methods. We have to develop new old ships for overseas transport and dispose of the old ships. We must develop aircraft that can operate without polluting the environment and heating the surface of the earth. We need to produce huge amounts of green energy immediately and in a simple way without, in return,  to set everything full of hard-to-recycle waste such as wind turbines and photovoltaic systems. The production and disposal of wind turbines and old photovoltaic systems devours billions and produces more CO2 than is actually publicly reported. This kind of supposedly green energy is part of the problem, not the solution.

There is no change if everything has to yield even more profit. For this purpose, the money must not be in the accounts of the rich but in the market, it must be available to companies for development and research, where under certain circumstances methods that are not so promising can be pursued. The only project of this kind that we can afford is hydrogen-neutron nuclear fusion, which, however, is financed by the highest bidder through taxpayers' money, which it cannot be, since the energy industry and its shareholders will benefit if it is successful. Such an action is far from a solution.

Financially supporting the poor and starving is not the right way, it is and can only be an emergency solution. It is unacceptable that we produce poor and starving people first and then offer them alms. But sorry, this is what is happening right now and it is highly anti-social and reprehensible. It is unacceptable and/or excusable and above all it is not a solution.

Clearly, our first mission is not to produce any more poor and starving people and therefore, in the sense of a real solution, we have to build an international water network in addition to an international energy network in order to be able to counteract drought and groundwater shortages. We must no longer exploit these countries, but must be ensure that they feed themselves and can participate in our, or a newly defined, earth-friendly type of prosperity from their own resources. That's what we can call a solution.

No solution either: The politicians of the world always went the way of maintaining the system, but granting the poor certain relief, i.e. alms, for example social, health and pension insurance in Germany should kept the monarchy alive. The so-called New Deal was supposed to preserve the capitalist system that favored the rich in the USA, and the social market economy was supposed to reinstall capitalism in Germany. However, the advantages of these two measures for the working population were gradually withdrawn again because they were allegedly too expensive and also to further enable the capital increase or, as far as Europe is concerned, to enable unbridled capitalism properly again. All of these are not solutions but just window dressing, which is of course operated by those who benefit from the system of interest and yield growth on hoarded money. We should not forget that the politicians, leaders and dictators of nations together with the haves brought us into this situation.

It's probably about preventing so-called socialism, in an emergency, like in South America, Cuba or Italy... with violence, of course. But which in itself bears the same error as we have all seen so far. A certain class is doing well, hoarding funds for relatives and friends, and the rest of the population lives in relative poverty (the only exception being Cuba) and may not be allowed to travel or emigrate. This is not a solution either, and the Eastern European countries in particular contributed to a high proportion of environmental pollution and surface warming.

The solution is to rule out the impoverishment of the population, farmers and companies, especially small businesses in general and in the long term. To adapt economic growth to what is necessary, not to the supposed, abstract needs and wishes of the capital owners, but to what is possible on earth. In turn, these capital owners cannot guarantee this at all, because they simply have neither the sufficient training nor the knowledge and above all the will to be able to calculate their actions. The only thing these capital owners can do is to generate even more capital within the framework of the power that gives them the capital, which in the end always led to their own downfall. And so they have , like the current politicians and dictators,  to get under the decisions of suitable ones subordinate to scientists.